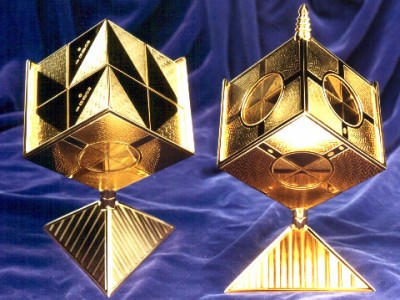 The Alhambra Puzzle. This remarkable puzzle, based on a series of patterned cubes, is the most difficult in the world. There are over 14 million possible different moves. There are eight cubes required. There are nine cubes in the box. One cube has the patterns on the wrong faces. We know which one it is. You don’t. And we are not going to tell you how to start either. Professors at a leading Cambridge college tried for six weeks to solve it before giving up. The picture shows the only one in the world, hand made from silver, gold and sapphire. It won a major award for craftsmanship in the Goldsmiths’ Craft Council Awards. 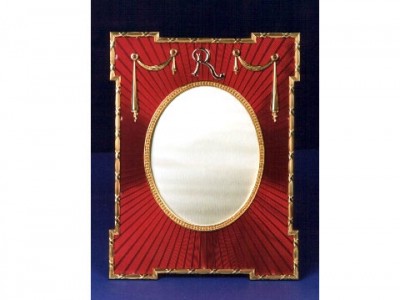 The Faberge Photo Frame. This silver gilt and enamel photo frame, embellished with red gold and rubies was a commission from a couple who wanted a suitable frame to house a photo of one of their English Springer Spaniels, recently departed to the luxury kennel in the sky. I had previously made a gold, ruby and sapphire necklace for it, utilizing two Cartier-style Panthere watch bracelets, that split into two bracelets for the owner. The dog was happy, the owner ecstatic until, three weeks later, Rowan died. The owner’s husband appeared and asked if I could copy a picture of a frame in a book of his. “No problem, let’s have a look. You are kidding, Brian? Faberge?” It took about three months and everyone was happy. Even Rowan (I imagine). 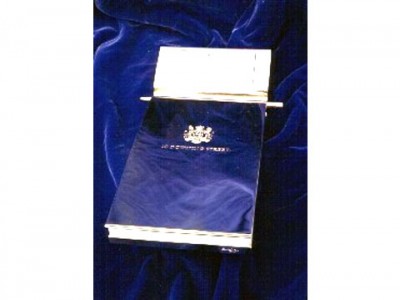 The 10 Downing Street Pen and Pad holder. This silver pen and notepad holder was commissioned by the Silver Trust and designed by Lord Snowdon, to be used by the Prime Minister at his/her desk at 10 Downing Street. The silver lid is engraved with the Royal Crest and flips up when one removes the silver pen. It has two square clocks mounted in the top, one set at GMT/BST and the other to G&T. (With ice and lemon at about 5 o/clock?) 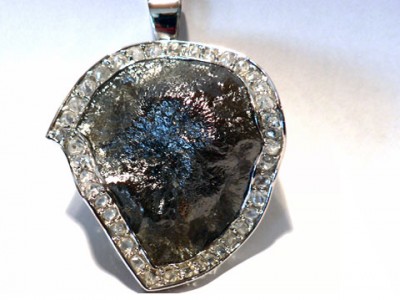 The Black Diamond Pendant. This uses an uncut natural black diamond weighing over 300 carats owned by the client. It was purchased for her as it has the outline shape similar to the continent of Africa, which is country dear to her. I had to make the platinum mount follow the curves and hold 40 uncut white diamonds. To compliment the African theme, the back is held together with four platinum wires, the shapes of which describe the four main rivers through Africa. The black diamond is set from behind with a series of platinum Crocodile ‘teeth’. 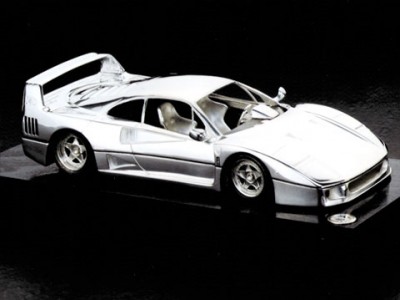 Theo Fennell’s Ferrari F40. This is one of a set of exotic cars that I made for Theo Fennell PLC while I was running one of his workshops during the 1980’s. This one and the 1960 Corvette, the 427 Shelby Cobra and the ‘D’ Type Jag all went to Japan. They are, unusually, mainly pure silver. Big Boy’s Toys indeed. I can do Big Girl’s Toys if required… 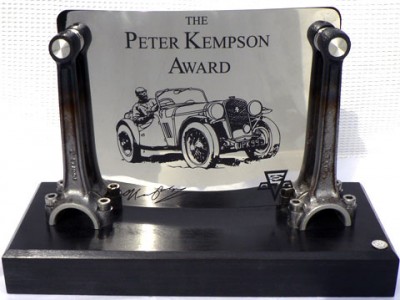 This is more of a trophy than an objet d’Art but I have put it here to illustrate how unusual objects can be used to create artworks. The Kempson family asked me to design an award in memory of their father, who’s passion was competing in his classic car. I used four conrods from one of his old engines to hold a piece of stainless steel that has a graphic of him driving the car, along with the club emblem and his signature etched onto the surface with a laser. I really enjoy making these types of memorials as it means so much more to the people involved. 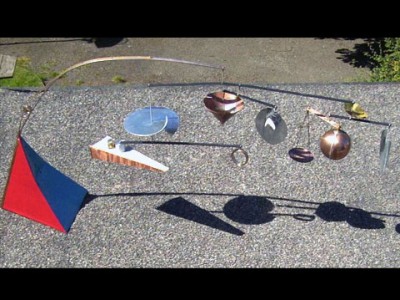 My little tribute to Alexander Calder. Using a mixture of metals, this 15 foot long sculpture adorned the roof of my studio until a storm decided it would look much better in a heap in the garden. I learnt three things here. 1. Mr. Calder was even more brilliant than I first thought. 2. Use heavier metal. 3. Put it on the ground to start with. Corporate sculpture commissions undertaken. 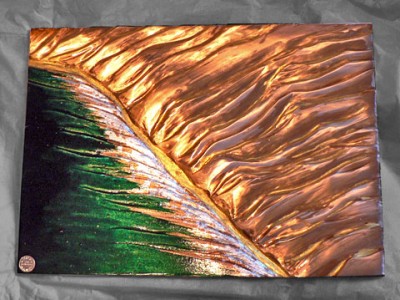 I sculpted this objet from a thick sheet of bronze, embellished with enamel, silver and gold leaf, based on an aerial photograph of part of a desert scene where the sand dunes come right down to the water’s edge. 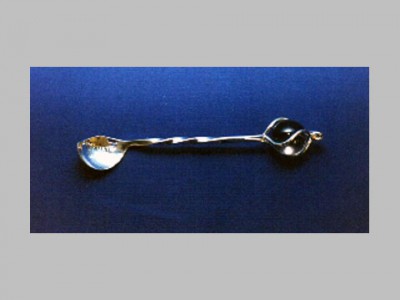 Who hasn’t become exasperated trying to get the last scraping of Marmite (or Bovril) from those odd-shaped jars? With the special spoon I designed as a birthday present for Lord Snowdon, now it is possible. This one has a crystal ball caged at the top but anything can be modelled to personalize it. 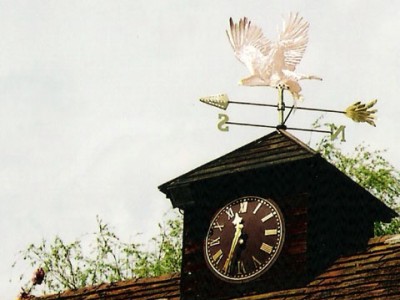 This was commissioned by a lady as a surprise birthday present for her husband (Mr. Eagle) to replace the vane on one of the outbuildings on their country estate. It was sculpted from solid bronze sheet, stands about 4 feet high and is highlighted in gold leaf. So if you want something similar and your name is Mr. Falcon, Mr. Albatross or Mr. Pterodactyl, I’ll point you in the right direction, so to speak.